Symptoms of ADHD in Children 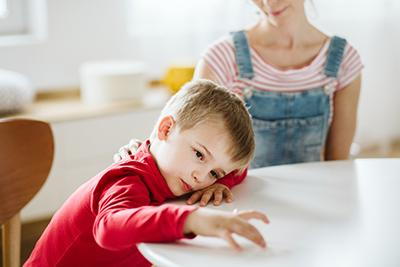 It’s normal for children to act out. You want your child to test boundaries and show independence, which are both normal milestones in a child’s development. If your child is demonstrating inattentiveness, fidgeting, not listening, and other behaviors on a regular basis, your child could have attention deficit hyperactivity disorder, also known as ADHD.

The Child Development Institute lists the characteristics of ADHD as:

These characteristics can contribute to some noticeable signs and symptoms, including:

Behavioral Therapy, which involves both child and parents; this type of therapy can help establish techniques to limit destructive, aggressive, and inappropriate behaviors.

Lifestyle Modification, which involves dietary and exercise alterations; sugar intake is reduced, and vitamin and nutrient intake is increased. Exercise is increased, to help focus on healthy behaviors.

Medication Therapy, which involves using medications to increase focus, improve brain function, and increase self-control. Medications may include Adderall and Ritalin, among others.

If ADHD goes untreated, it can lead to problems when your child becomes an adult. Some of the ways ADHD can affect an adult include:

If you are worried about your child having ADHD, you need to consult with your pediatrician. An ADHD screening is easy, and can help identify ADHD, so it can be treated. To find out more about the signs, symptoms, and treatment of ADHD, call your pediatrician today.

Find us on the map

Saturdays are for emergency and newborns only.